A letter from my husband :

I have wanted to share some information from a perspective that not many people have had the opportunity to hear and/or understand.

As many of you know my wife suffered from an extreme case of Hyperemesis Gravidarum (HG)  while pregnant with both of our children, however, with my daughter my wife nearly lost her life. During a conversation last night about having more children my wife casually mentioned “well I was dead at that point” referring to a point in time while she was pregnant with our daughter.

The reason I am writing this post is because even though it was mentioned so casually, it really sent an overwhelmingly strong pit in my stomach.

In August of 2016 my wife had surprised me with a photo shoot where she revealed that we were being blessed with a new baby. This amazing gift was going to be blessing our lives soon. Immediately, like many other people do, we started planning. Will it be a boy or a girl, what color should the room be, where will the office go, we need a bigger car, and all of the other wacky things people do when they are expecting their second child. I would say I am a pretty typical husband in these instances where I take the back seat, and roll with what their pregnant wife desires. Men instinctively know that what their pregnant wife wants, their pregnant wife gets. This was the dream that all people blessed enough for this opportunity have when they first find out they are expecting. However, this was very short lived.

My wife is a Navy veteran and our first child was born in the Naval Hospital in San Diego which, overall was a great experience. The difference this time around is that she recently finished her contract and was in the public health realm. Her first OBGYN (not going to say which practice that resided at 362 Maitland Ave S, Maitland, Florida) was a terrible experience and we did not know what we were in for at this point.

After about 4 weeks my wife started developing this sickness that she has never experienced before. This was crippling. Unable to eat, drink, walk, talk and nearly do anything. Sleeping was a chore and we knew that something was different and something was wrong. We went to see that OBGYN that I am keeping completely anonymous and had an eye opening experience. When my wife explained her symptoms and advised that something was just not right, the Doctor said “Honey, all women get sick when they are pregnant” while laughing. Little did she know that my wife was at her wits end and was not going to take her laughing so casually. After the dust settled from the verbal assault the doctor received from being completely uncompassionate, we “mutually” decided we were not coming back and needed to find a new doctor who would actually help.

Little did we know that the next three months would be the most trying times for our family and what we actually had to go through was unimaginable. After a few weeks we were able to get into a new practice where the doctor advised my wife had lost 14 lbs when she should be gaining weight. The baby and my wife were suffering and her body was going into organ failure. The endless appointments finally led to my wife receiving homecare where she was constantly on fluids and getting medicine administered by IV every few hours. When my wife’s veins started to shrivel up due to the medicine, she needed to be hospitalized to actually get “tanked up” enough to rejuvenate her veins.

While writing this I have a tough time fully describing how this all felt and looked from my eyes. To see the women you love in the absolute worse shape she has ever been in is absolutely heart wrenching and indescribable without living through it. There is no way I can describe the feeling of catching your wife as she passes out to make sure she doesn’t hurt herself on the way down. There is no way to describe what it is like watching her get hundreds of IV and cry because yet another vein is shot. There is no way to describe the utter defeat in her eyes everyday she wakes up. There are no words and not enough “I’m sorry’s” to be said when she has spent more time in front of the toilet in the day than not. There is no way to count the amount of tears, and the “why’s” that are said. It still brings tears to my eyes when I think of how embarrassed and ashamed she would look when we had to do the 2nd or 3rd load of laundry of the day because she could not control her body anymore. She had lost control. I will continue to use the word selfless throughout this post as it is the only way to describe my wife through all of this.

It is beyond my pride to say simply it is exponentially more difficult to be a mom, than it is to be a dad. In reality sometimes it is difficult enough to be a dad never mind being a single parent. I say this only because I had that feeling for a few months. The role of mom was thrown in my lap, and I was in no way shape or form aware of what it takes to be a mom. I was not ready for it. I was not ready to take on my son full time, my work full time, attempting to be a nurse, attempting to hold the house together all while being extremely frustrated with myself, because I would feel bad for myself. After reading above, how dare I feel bad for myself. My wife was giving (literally) every ounce of her being to bring in our daughter and here I am feeling sorry for myself. It is indescribable how difficult it was to juggle it all while trying to keep it together for your family. Remember I am the man, I should be keeping it together, but with everything that had been happening, it was nearly impossible. In the end, my wife was giving everything, and I wish I had half of her selflessness.

I wrote this to give everyone some type of idea of what actually happens when a women gives up everything to be a mother. My wife loves her kids so much that she would not hesitate to do this all over again. This is the definition of selfless. This is where our conversation started yesterday as we were planning our future. She will do it over and over again to be blessed with another angel.

I know there are people who do not have the opportunity to have these feeling and are unable to be blessed with a child, and I truly feel for you. This is a post about our experience and I appreciate you making it through to the end. 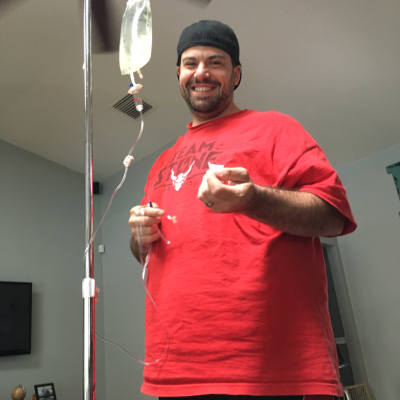 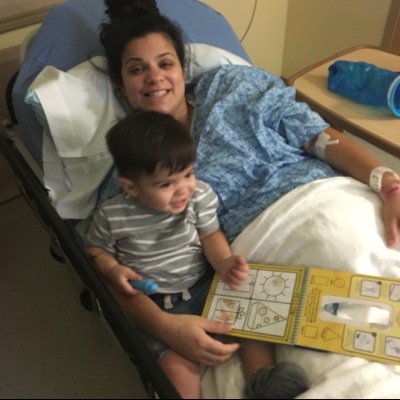 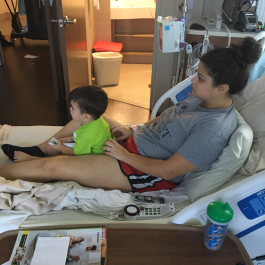 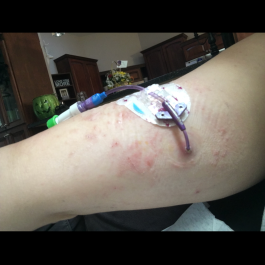 PICC line is in 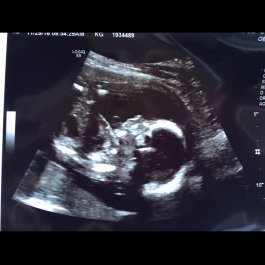